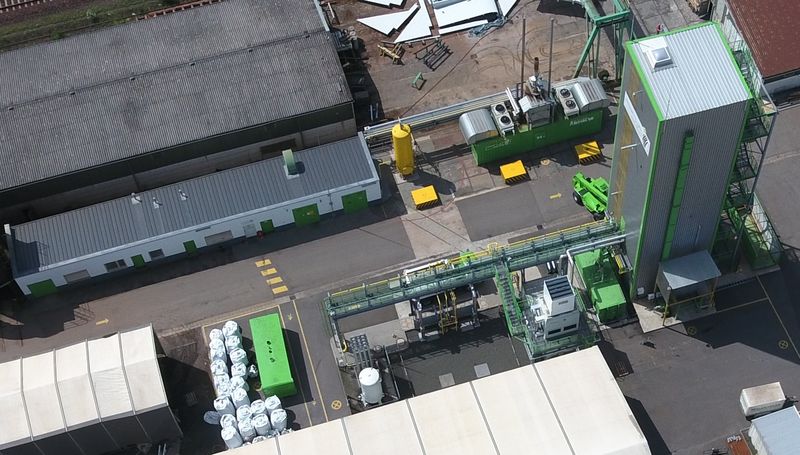 Pyrum Innovations AG (“Pyrum”) has published its 2021 annual financial statements and, for the first time, consolidated financial statements for 2021. In the past financial year 2021, the Group achieved a total output of EUR 3.7 million, an increase of 106% compared to the previous year (2020: EUR 1.8 million). In the reporting period, the total output mainly consists of own work capitalised in the amount of EUR 2.8 million and sales, which increased to EUR 0.9 million.

Other operating income also developed very positively in the 2021 financial year and, at EUR 1.1 million, almost tripled compared to the previous year. This resulted in particular from income in the R&D area, in which research grants of EUR 0.4 million for the BlackCycle project and investment grants of EUR 0.3 million were realised. The consolidated net loss for the year was EUR 8.4 million (2020: EUR -3.6 million). The operating result adjusted for IPO costs was EUR -5.5 million. Cash and cash equivalents as of 31 December 2021 amounted to EUR 34.2 million (31 December 2020: EUR 9.5 million).

Pascal Klein, CEO of Pyrum Innovations AG: “In the past business year, we have once again reached important milestones on the way to the further commercial development of our pyrolysis technology and the commercial rollout. The construction of production lines 2 and 3 at our site in Dillingen is currently progressing very well and despite delivery problems and immense price increases due to the Ukraine crisis, all work is on schedule. The costs have also increased only slightly for us, as we ordered more than 80% of all relevant plant components before the outbreak of the conflict and the extreme price increases.”

In the 2021 financial year, the initial focus in the first half of the year was on preparations for the future series production of pyrolysis plants for our own operations and for plant engineering customers. In addition, there were preparations for the capital increase and the private placement in the third quarter of 2021, as well as significant progress on the customer side for the recovered Carbon Black (rCB) in the fourth quarter. The neighbouring property was acquired for the site expansion and the grinding plant, the oil treatment plant and the gas purification plant were completed. The optimisation and engineering of the expansion at the site in Dillingen/Saar with two new thermolysis production lines progressed according to plan on the basis of the acquired know-how from Pyrum plant 1, which has been in industrial operation since May 2020, so that the earthworks for the new reactor towers could begin in September 2021. The official groundbreaking ceremony took place on 25 November 2021.

On the supplier side, in addition to various tyre workshops, a recycling contract was signed with Michelin Germany for the recycling of rubber waste from the Michelin plant in Homburg/Saar. On the customer side for pyrolysis products, new partnerships have been signed with Continental, Pirelli and Ralf Bohle GmbH (“Schwalbe“ bicycle tyres), which, in addition to the existing pyrolysis oil purchase agreement with BASF, ensures the basis for secure long-term purchases of the rCB at attractive prices, which is currently produced and is expected to be produced in large quantities in the future. In-depth talks have already been initiated with other potential customers, including those outside the tyre industry.