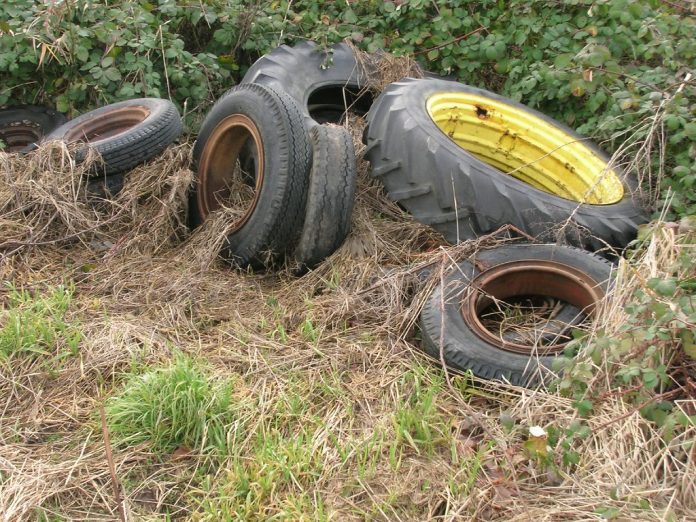 Bill to address Illegal tyre dumping an issue in Tennessee

Across the USA, tyre dumping, both low-level and commercial, is an ongoing issue. There are weekly, if not daily, news stories about tyre related waste dumps and problems associated with discarded tyres.

In Tennessee, State Rep. Mark Hall, (R-Cleveland) announced the passage of his legislation to increase the punishment for illegal tyre disposal in the state.

House Bill 1833 expands the definition of aggravated criminal littering to include knowingly placing, dropping, or throwing two or more tyres onto public or private property without permission. This highlights the idea that much of the problem is down to individuals avoiding recycling fees.

According to the legislation, aggravated criminal littering involving two or more tyres would be a Class A misdemeanour. The charge would be upgraded to a Class E felony for the first conviction if it involves eight or more tyres.

“Illegally disposing of tyres is not only hazardous to the environment, but it puts an undue burden on the property owner to clean up,” Hall said. “With this legislation, we are sending a clear message that Bradley County and the rest of Tennessee are not dumping grounds.”

In addition to possible imprisonment and fines, state law requires anyone convicted of aggravated criminal littering to be sentenced to no more than 160 hours of removing litter from public locations such as highways, playgrounds, or parks. A judge may also require up to eight hours of work in a recycling centre or other similar location.

The Tennessee General Assembly approved House Bill 1833 last month and will now go to Governor Bill Lee to be signed into law.