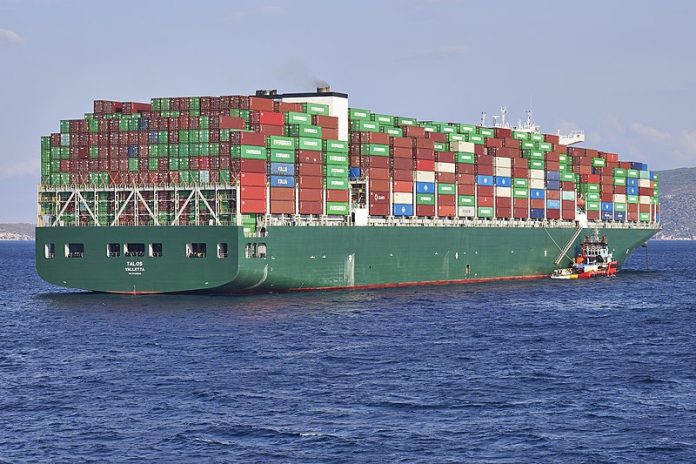 Figures obtained by Tyre and Rubber Recycling show that tyre exports to India from the UK remain as high as they ever were, if not higher.

Peter Taylor from the Tyre Recovery Association had argued that the volume of tyres going to India had been reduced, perhaps to as low as 100,000 tons per annum. The balance of the exports was now going to alternate markets such as Turkey. Though Tyre and Rubber Recycling has heard anecdotal reports of higher volumes going to Pakistan.

However, figures obtained by Tyre and Rubber Recycling from an overseas source suggest that the figures for February 2022 alone show some 19,034,00kg being exported to India from the UK. That relates, presuming a sustained volume each month to a total of around 228,000 tons per year.

We are aware that tyre imports and export figures do not always add up, with UK HMRC figures having shown more retreads being exported from the UK than the UK manufactures and imports put together.

The actual figure for tyres being exported to India could be even higher, one tyre dealer suggesting it could be as high as 300,000 tons. We certainly remain the largest exporter to India.

One of the largest importers appears to be Mumbai Fabrics Pvt, which shares an address, or a very close locality, it appears, with Royal Carbon Black Pvt.  According to the data that Tyre and Rubber Recycling has seen, Mumbai Fabrics Pvt was the largest importer of end-of-life tyres into India in 2021, with a share of 40% of the imports equating to 80,000 tons, which suggests a total market of around 200,000 tons per annum.

From issue No 53 of Tyre and Rubber Recycling (2022-2), readers may recall that the UK Environment Agency receives no Annex VII final destination reports on ELT exports.  At the export end of the market, there is no verification of where the tyres go. It is a failing that at the top level of recycling, the Environment Agency cannot comply with its own requirements, something that would land a retailer or collector in trouble.

The fact that the UK exports large volumes of ELT is not in dispute, the fact that it does so creates problems for the domestic recyclers.

The first is that it is creating a shortage of feedstock for the development of processing in the UK. Investors looking at large scale projects ask the question, where is the continuity of feedstock? What will the gate fee be? Well, whilst the UK is shipping over 200,000 tons of ELT to India alone, at rock bottom gate fees, some recyclers have even reported being offered free uplifts of stock, then the feedstock for any UK development is at risk, and the gate fee becomes unstable.

Potential contractors for large processing operations are facing shortages of feedstock, which in turn is impacting investor confidence, which is holding back the development of large scale ELT processing plants.

The answer may be to control the tyre collection for a plant by encompassing the collection within the process – as Big Atom has suggested they will be doing. However, the fact remains that collectors will follow the lowest cost disposal route, and if that is shipping containers out to India or anywhere else, then that is what they will do.

The UK is not alone in exporting ELT to India, but we are by far the largest exporter – even though on a broader scale of trade, the UK barely register as a supplier to the Indian markets. The great irony is that there are companies interested in investing in large scale tyre processing in the UK – Wastefront, Bolder Industries, Enviro, Greenergy and others. The four leading potential investors could, between them, take all of these exported ELT as feedstock, reducing the need for ELT exports and at the same time creating employment and wealth in the UK.

The great danger for the UK is that India shuts the door on imports. It came close with the EPR scheme but then gave derogation for certain importers under conditions that essentially mean there will be no change. In the longer term, continued high volumes of ELT imports will undermine any finalised EPR scheme in India, and they will almost certainly close the door somewhere down the line.

This high export level is essentially “greenwashing” the UK tyre sector. It can say, look, we have cleaned up our act, there are no more large scale illegal tyre dumps, we are recovering at very high rates, and no tyres are going to landfills – but the reality is that nobody in authority can say for sure where these exported tyres are going, or how they are treated at their final destination. The continued high ELT export level is undermining investment in developing the domestic UK recycling sector.