The SLTC Appears in Episode 25 of The Tyre Recycling Podcast 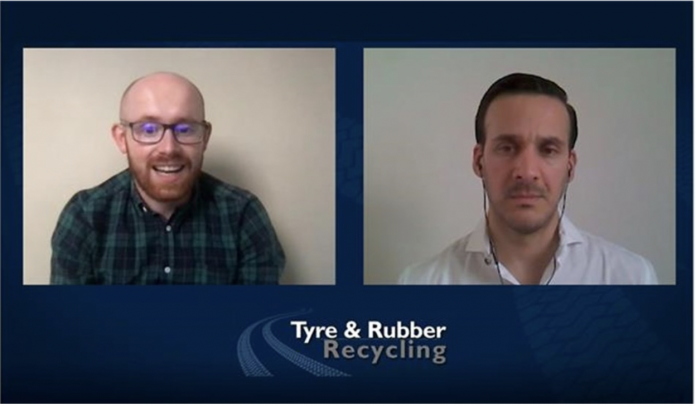 Emanuel Bertalot, the Director of the Recycling Committee for the SLTC appeared in Episode 25 on the Tyre Recycling Podcast as he was interviewed by Tyre & Rubber Recycling Correspondent, Richard Wilson.

Emanuel gives viewers the details on the founding and principal objectives of the SLTC, whilst as well revealing some of the progress made by the various sub-committees within the association. Richard also quizzed Emanuel on the upcoming Jornadas de Reciclaje scheduled for November.

The interview sandwiches a short conversation where Richard and Ewan dissect the recent tyre fires in Kuwait which went viral on social media following tweets from TV journalist Julia Bradbury and global environment movement Extinction Rebellion. Richard and Ewan discuss the facts as we know them and the reality of tyre fires around the world.

01:25 Part 1: Interview with Emanuel Bertalot, the Director of the Recycling Committee for the SLTC

02:13 Emanuel expands on the origins of the SLTC and the association’s objectives

04:23 “What role does the SLTC play in the tyre recycling sector?”

07:00 Emanuel breaks down the SLTC’s sub-committees and their achievements

11:25 SLTC’s tyre recycling’s niche specialism and expertise across the sub-committees

15:05 Ewan and Richard discuss the facts around the recent Kuwait tyre fires

18:30 Ewan’s take on tyre recycling progress worldwide, and the effect of tyre dumps

23:52 Richard recaps the recent tyre dumps and tyre fire issues in Kuwait, Spain and the UK

28:08 Part 2: Interview with Emanuel Bertalot, the Director of the Recycling Committee for the SLTC

36:25 Conclusion to Interview with Emanuel Bertalot, the Director of the Recycling Committee for the SLTC

37:08 Ewan and Richard discuss the key takeaways from Emanuel Bertalot’s interview on the SLTC

Richard Wilson
Since 2015, Richard has worked as a correspondent for all of the titles across the Valebridge Publications Ltd Group namely: Retreading Business, Tyre & Rubber Recycling, Commercial Tyre Business, The Tyreman and Truck and Bus News. He also manages our media agency, Valebridge Media Services from our Madrid office.
- Advertisement -