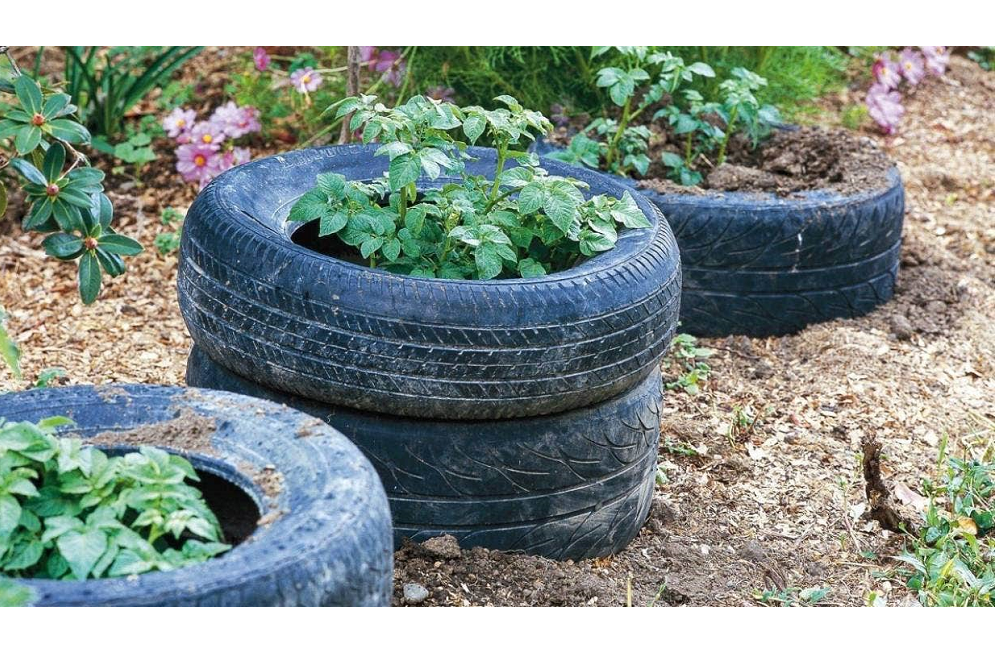 That was the question asked abpout the popular home recycling method in New Zealand’s STUFF, recently.

Plants grown in tyre containers tended to dry out as the tyres became hotter than natural ground or pots.

Experts at New Zealand’s Plant and Food Research argued that there was a probability of leachates from the tyres, using the same arguments as have been used against crumb rubber. However, they agreed that a crop of potatoes will grow faster than the tyres will leach chemicals, so they would probably be safe in any given year.

However, in conclusion, they suggested avoiding tyre planters for food crops.