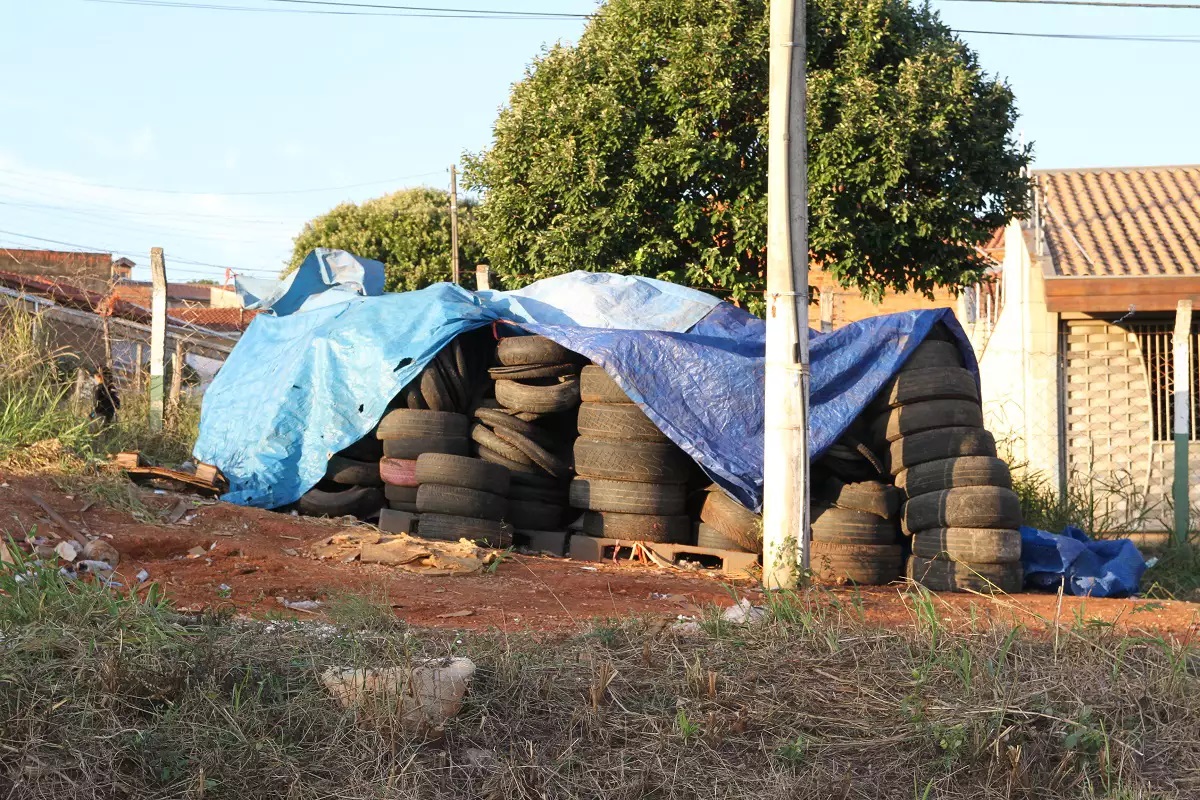 A set of tyres piled up in the Jardim Planalto do Sol 2 Ecoponto, in Santa Bárbara d’Oeste, has worried residents about the possibility that the materials could become a source of outbreaks of dengue fever due to the accumulation of water.

LIBERAL visited and confirmed the situation. The area is a waste disposal point, including construction debris, household furniture, tyres, pieces of wood and other materials.

The discarded objects are later sent to recycling cooperatives or companies that buy and reuse waste.

Ecoponto employees, which is managed by an outsourced company, told the reporter that the tyres had been discarded and accumulated over time, but they did not know how long.

Also, according to the workers, Santa Bárbara City Hall visited the scene and instructed them to cover the tyres. One of the employees also informed Liberal that the subcontractor for Ecoponto would be signing a contract with another company, which would buy the tyres and collect them.

The Santa Bárbara City Hall was asked if it is aware of the number of accumulated tyres and if it has been carrying out work to prevent and combat dengue in the neighbourhood. However, the administration replied only “that the site is already being cleaned, as it is routinely done.”