Tyrewise Gets the Final Green Light 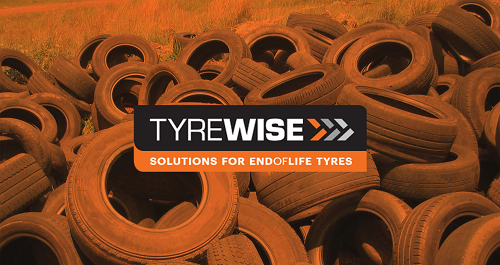 New Zealand has seen a number of false starts to its recycling scheme, with a history of failed attempts, planning fiascos and downright criminal activities hampering the development of the tyre recycling sector in New Zealand.

Tyrewise was first established to work towards a national stewardship scheme in 2012. It has undergone a long gestation period hampered by politicians and industry alike. However, Tyrewise has been given the green light and expets to start operations in 2023. Tyrewise will be a mandatory stewardship scheme.

Used tyres that reach end-of-life in New Zealand are estimated at 6.5 million each year. The new scheme, known as Tyrewise, will cover end-of-life tyres (ELTs), ensuring a positive environmental outcome for the used ones.

Minister for the Environment, David Parker, said regulated product stewardship schemes are important for our transition to a low-emission, low-waste, circular economy.

“The new scheme is the last piece of the puzzle for tyres, and part of the Government’s wider actions to change the way we manage our resources and reduce waste.

“Once regulations for the scheme are enacted, Tyrewise will run one of the first regulated product stewardship schemes in New Zealand,” David Parker said.

Mark Gilbert, Chair of ASNZ says the funding means Tyrewise can move forward. “We can now get started on creating the practical building blocks that will enable Tyrewise to begin operation next year.”

“It’s been a long road, but we are very pleased to have moved out of the design stage and put our plans into action. In particular, the four-month trial in Hawke’s Bay will test all aspects of the scheme design including electronic tracking, audit, and compliance systems from August this year,” Gilbert said.

Tyrewise was set up in 2012 as result of the co-designed product stewardship scheme for ELTs.  Regulation is required under the Waste Minimisation Act 2008 to ensure the whole industry participation is mandatory. According to Gilbert, there is a level playing field and no free riders. “The tyre and vehicle industry has long been in favour of this approach.”

Once the regulated scheme is up and running, Tyrewise will be funded through an advanced stewardship fee, proposed to be charged to tyre importers by New Zealand Customs and tyres on vehicles at the first point of registration.

Other systems will be in place for tyres on not-road registered vehicles.  The new stewardship fee would replace the current ad-hoc fee charged by tyre retailers. Most consumers are already paying a recycling fee when they buy new tyres. Still, the fee isn’t uniform, and consumers have no guarantee their old tyres will actually get recycled, Gilbert said.

Tyrewise would end this and ensure tyres are collected and recycled instead of ending up in landfills, roadsides, or illegally dumped, he said. “Recent tyre pile fires are an acute example of the threat ELTs pose to people and the environment, despite them being a valuable commodity.”

Tyrewise has set a target of 80% of tyres collected and processed by the fourth year of operation and over 90% by the sixth year, Gilbert said. Critically, this will also encourage new businesses to enter the market and create new jobs in Aotearoa New Zealand, he added.

The imminent arrival of an operational Tyrewise was welcomed by Tyre Stewardship Australia.

“It will deliver the type of meaningful impact that product stewardship schemes were designed to do.

“Our voluntary schemes in Australia can only do so much. Without regulated, mandatory participation, free riders enjoy the benefits of a scheme without contributing and rogue operators disrupt waste recovery efforts, and take money from retailers and consumers for ‘the privilege’.

“I urge the Australian government to look closely at this new model in New Zealand, and work with us to take our scheme and the tyre recovery circular economy to the next level in Australia.

“Tyrewise and TSA share stakeholders and the differences for industry will come into sharp focus when the NZ scheme starts in 2023.

“This is great news for the Australia and New Zealand region and tyre recovery circular economies around the world.”