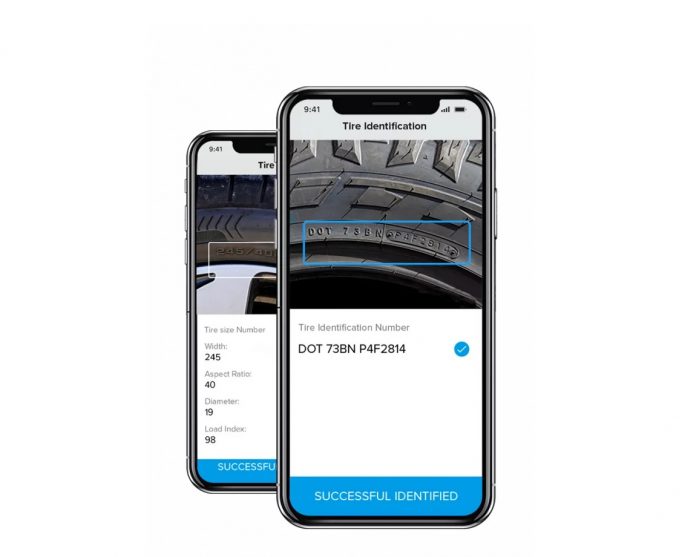 There has been talk and trials of tyre tagging in the UK with a view to retailers tagging tyres upon disposal. If those tyres later turn up in dumpsites, the source can be identified, and the illegal operator chased down. Local authorities and police have put funding into such operations.

Yet, the tagging is already available. Every tyre has its own ID code, and if scanned, its lifespan can be followed. That is the argument for Anyline’s mobile scanning solutions.  Developed in conjunction with US tyre retailer Discount Tires, the system consists of a scanning solution that can be operated on a hand-held unit, a phone or a tablet, that scans the codes/ sizes and ID on a tyre sidewall and stores the data to enhance management of tyres. Tie that data into VIN numbers and License plates and a vehicle and its tyres can be managed in fleet scenarios.

Michael Wilkinson from Anyline said; “This is an option that has uses across the tyre sector. We are essentially about data collection and management. However, with tyres, they come from the factory with data embedded on the sidewalls. It was a challenge to master the capture of black on black data but we have managed to establish a scanning system that can read tyre data and that allows our clients to tie tyres to vehicles, and follow those tyres through to end of life.”

Of course, having the data, and having retailers on board with the scheme, could see ELT being recorded at the point of removal, and that data then fed through the recycling chain. Not only would the industry and the environment agency be able to trace tyres, in detail, but the vehicle/ fleet owner will be able to identify, should they wish, exactly where their tyres went to.

Imagine, if you will, a fleet operator with high green credentials and a concern about tyre derived fuel for cement kilns – they could trace their tyres and if the final destination were a cement kiln, they could, in theory, ask the collecting/ handling company not to send their tyres to that destination.  That would be the ultimate in consumer influence on tyre disposal.