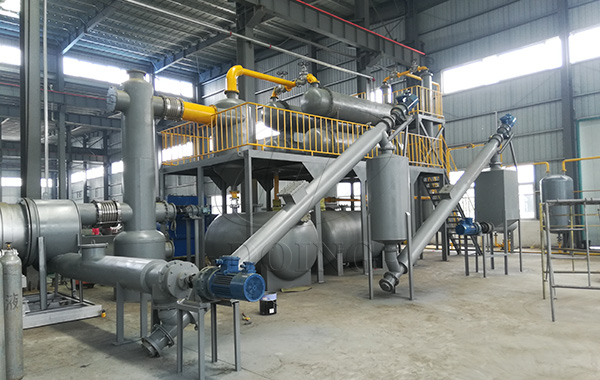 The Rockcliffe-based Northwest Recycling Centre – a private company – has submitted plans for two pyrolysis plants – one for tyres and one for plastics at a site north of Carlisle.

The plans were recently put before the Rockcliffe Parish Council for consideration.

The proposals include the claims that the waste processing method has great potential for more responsible waste processing; it is ‘autonomous’; there are no ‘CO2 emissions from the purpose, and it ultimately creates a better circular economy.

The potential development looks to expand the use of one 2,033 sq ft warehouse on the Rockcliffe Industrial Estate, the site of a large-scale blaze in November 2021.

In a typical “Not In My Backyard” response, Sally Tears, from the Rockcliffe and District Action group, said: “After the horrendous fire last year, which lasted for four whole weeks and covered swathes of Carlisle as well as the rural areas, we have no trust in Cumbria County Council or the agencies to monitor the safety of anything let alone three new plants.”

The inaccurate and ill-informed statement followed this; “We don’t want to be guinea pigs for the whole of Europe, especially with systems that don’t work efficiently and produce more carbon emissions than they save,” she said.

And Dr Andrew Rollinson of Loughborough University claimed that pyrolysis as a technology ‘is not the answer’; “It is misrepresentative to describe pyrolysis as being a sustainable energy-from-waste concept,” he said.

“The energy needed to extract the chemicals from the waste is more than the chemicals themselves produce, leaving the system in negative energy equity – a violation of the laws of thermodynamics.

“The advantages are based on freeing useful energy from waste and offsetting the burning of fossil fuels.

“But if system efficiency is low, for example, where much of the waste’s energy density is lost in order to stabilise the process, the benefits are undermined.”

Helen Davison, Green Party’s city councillor for Belah and Kingmoor, said: “We’re backing the Rockcliffe residents in their concerns and opposition to the potential development of the plant”.

This anti-pyrolysis lobby flies in the face of the commercial operations backed by multinational players such as Enviro, Pyrum, Circtec, Bolder, Delta Energy and others. It could be argued that the pyrolysis sector needs to do more public education and less naval contemplation if it is to overcome community resistance.