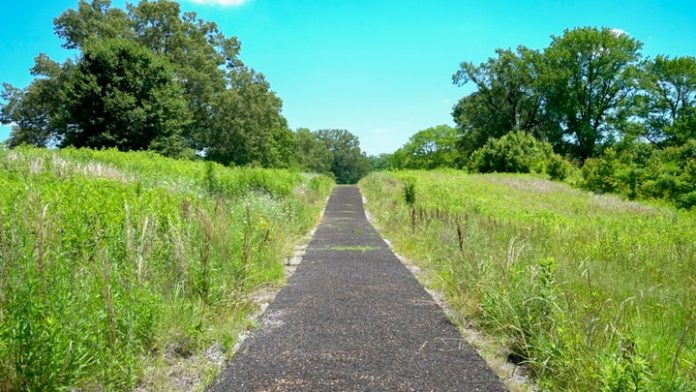 T.O. Fuller State Park’s new path is one of the longest rubber-based trails in the US

The walking and biking path is one of the longest rubber-base trails in the U.S.

Local contractors and volunteers collected more than 24,000 tyres that had been illegally dumped in the area from passenger, commercial truck and heavy equipment vehicles.

“A lot of tyres were being accumulated and were causing problems, such as from mosquitoes and rodents,” he said.

“So, the idea of the “Tires to Trails” initiative came in line with the cleanup and utilising those tyres.”

Around 450 volunteers helped collect as many as 10,000 tyres in one day, a press release from the Department of the Environment and Conservation (TDEC) indicated.

Patriot Tire Recycling, based in Bristol, Tennessee, shredded the tyres; it is apparently the only facility in Tennessee with the ability to deal with tyres in this way..

The park had about 81,000 visitors in May 2022, said Warren. He added that after the trail’s opening, a great deal of interest came from new visitors outside the immediate community.

“We are anticipating a lot more because of the addition of the trail,” he said. “It’s a nice little walk through our nature area.”

The park manager stressed the importance of allowing recycling to “serve a better purpose” — and hopes other parks, both state and nationwide, will adopt similar initiatives.