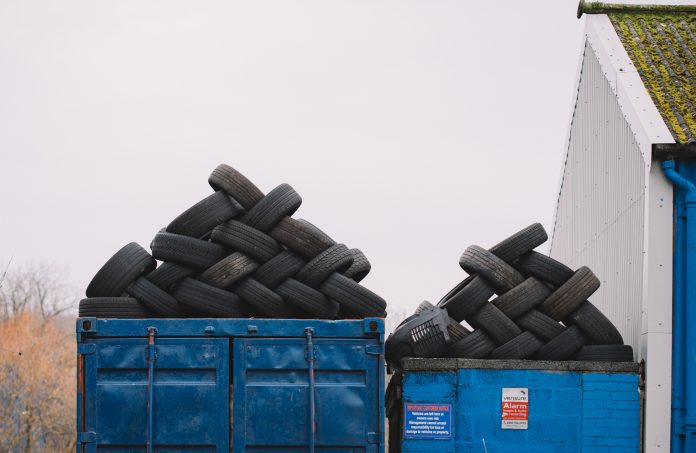 Recycling fee avoidance leads to costs for the ratepayers

Scotland’s Press and Journal reports on a new scheme to allow motorists to legally dispose of used car tyres. It stated; “The council [Aberdeen] is introducing a new waste service after it was established drivers are finding it “increasingly difficult” to legally get rid of their tyres.

Since 2019, customers had been advised to deposit their tyres at private garages offering tyre-fitting services instead of the council’s Household Recycling Centres.

However, this appeared to cause issues with motorists being unable to find garages willing to accept tyres for disposal when they were not purchased from the garage.

Sadly, this is an issue repeated across the UK, not just in Aberdeenshire. Councils across the UK are having to establish tyre deposit points at local tips, costing the ratepayers up to £100,000 per year, according to one local authority.

The reality of the situation is that almost every single tyre fitted to a car or truck will have to be fitted by a retailer with the proper equipment, either static or mobile. When the old tyre is removed from the vehicle at a retail outlet, it becomes a waste product and should not leave the premises unless via a licensed collection service.

Retailers can charge a “green levy” on tyres removed/ replaced at their depot; some do this openly, and others hide this in their prices. They are not supposed to allow the consumer to take the waste tyres away.  So, no tyres should be arising from retail premises. The news item is based on a falsehood or on retailers not complying with the rules.

There is an exception. If a client has tyres replaced at his home, in his driveway (not on the roadside), the client may ask to retain the tyres to avoid disposal fees. However, Tyre and Rubber Recycling would hazard a guess that most domestic/ workplace fittings are on fleet cars. Fleets will have policies about recycling waste tyres in their fleet management agreement.

There should be no difficulty in finding a place to dispose of old tyres because they should be disposed of at the place of fitting.

The problem of illegally disposed of tyres comes down to a failure of the various agencies to ensure that retailers follow best practices. It is yet another argument for an Extended Producer responsibility scheme that has full control of tyre arisings in the UK (or its constituent parts). Proper recording of sales and waste tyre arisings should start to tighten the loopholes and minimise the evasion of the recycling fee.

The downside is that there remain issues with tax avoidance and criminal activity in some of the long-standing EPR schemes in Europe. So, it can be argued that EPR is not the solution, but neither is the ratepayer carrying the burden of those who seek to avoid what is compared to the cost of a new tyre, a small recycling fee.