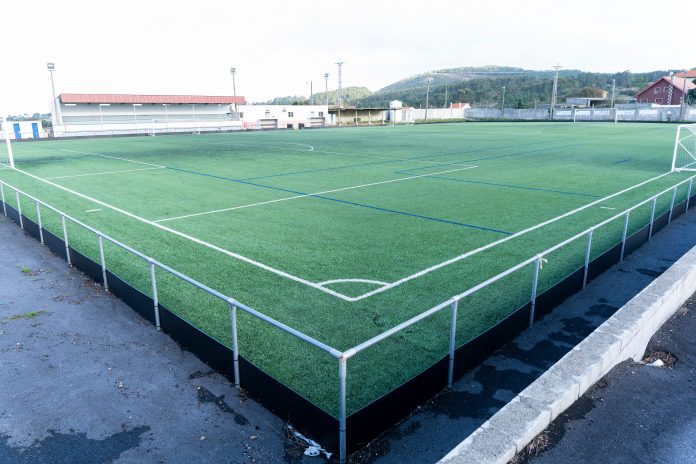 The Spanish tyre sector sees 300,000 tonnes of end-of-life tyres managed annually, of which approximately 75,000 tonnes are used as infill for artificial turf pitches.

The European Commission is currently considering a proposal for restricting the use of intentionally added microplastics to the environment. Possible restrictions include the application of recycled rubber from end-of-life-tyres in this application, as the particle size added to artificial turf pitches is between 0.8 and 2.5 mm. The European Commission is considering a minimum crumb size of 5mm.

In order to assess the impact of the containment measures that reduce the release of polymeric infill, SIGNUS, in collaboration with the Instituto de Biomecánica de Valencia (IBV), has launched a project consisting of the monitoring of an artificial turf football pitch with the aim of assessing the effectiveness of the risk management measures that prevent the release of microplastics into the environment.

The eleven-a-side football pitch of the Carreira Football Club in the municipality of Ribeira (A Coruña) was selected for the study as it is exposed to heavy rainy weather. The risk management measures are quite simple, and their effectiveness has already been evaluated by a study carried out by Ecoloop (97%). These measures consist mainly of some filters in the water drainage system (rainwater and irrigation water) of the pitch; fencing panels along the entire pitch perimeter; a brushing station for boot cleaning at the entrance and exit of the pitch; and containers in the changing rooms to make players aware of the importance of collecting the particles placed inside their footwear and clothing.

In any such study, all possible losses must be measured.

In the analysis of the material collected in each of them, a new source of microplastics from the grass itself has been identified, consisting of polyethylene particles from the turf filament, so far undetected and which appears in a percentage of 18% of the total microplastics collected in the risk management measures (average total value of 350 g/month per pitch). This matches the results of a similar study carried out by SDAB in Sweden.

This finding highlights the need to implement risk management measures on all artificial turf football pitches to prevent not only the release of intentionally added microplastics into the environment, such as rubber infill but also those that are unintentionally generated by the use of the pitch, such as the polyethylene that simulates turf.