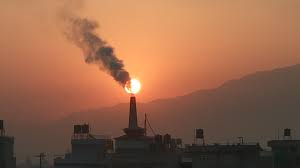 Whilst it is common practice in the West to ship tyres out to uncertain destinations, arguably legally, the practice has severe impacts in some destination markets.

An article in Pakistan’s Minute Mirror alleges that the Environment Protection Agency’s actions to close polluting pyrolysis plants were usurped by officials who allowed the plants to re-open, literally, after the smoke died down.

The article quotes an unnamed EPA representative accusing the Agency of collusion with the plant operators. However, under its steps to control the smog, the Punjab Environment Protection Agency (EPA) has decided to demolish top pollution-causing pyrolysis plants in Lahore.

“Despite the various activities and sealing over the violation, these operators continued their work in connivance of EPA officials,” an official privy to development informed Lahore’s Minute Mirror. He said that such plants burnt used tyres to extract harmful environmental oil, steel wires, and huge amounts of carbon ash.

Another official informed that after the strict warning of the previous environment secretary, EPA Lahore provided a list of over 20 pyrolysis plants. “Most of them were sealed during the ongoing anti-smog actions, but most were reportedly working again after breaking seals,” he said.

The official reported that they had followed trucks carrying tyres to 12 plants that had been closed down by anti-smog squads.

EPD Secretary Usman Ali Khan confirmed to the Minute Mirror that the department had decided to demolish these plants as they were operating illegally while producing a massive amount of toxic oil and carbon ash. “The Department is also investigating why such plants started operating after they were sealed earlier during the action against polluters,”

“During the process of extracting oil from used tyres, a huge amount of carbon ash is produced, which is dangerous for workers and also the residents of the city,” he informed.